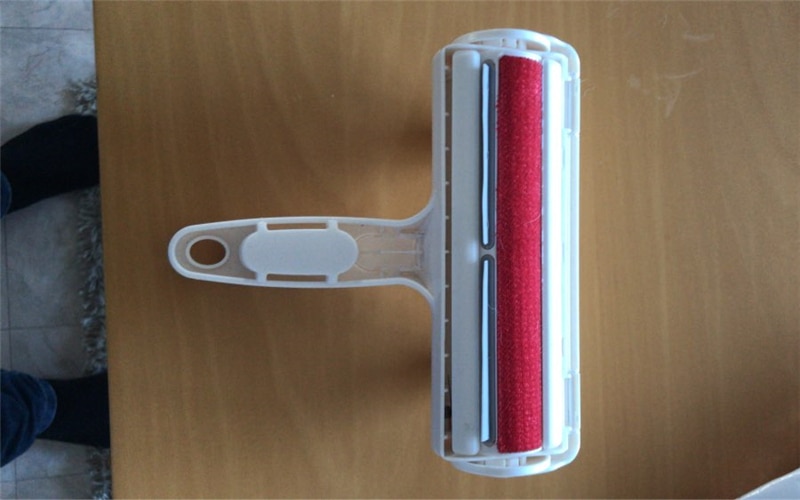 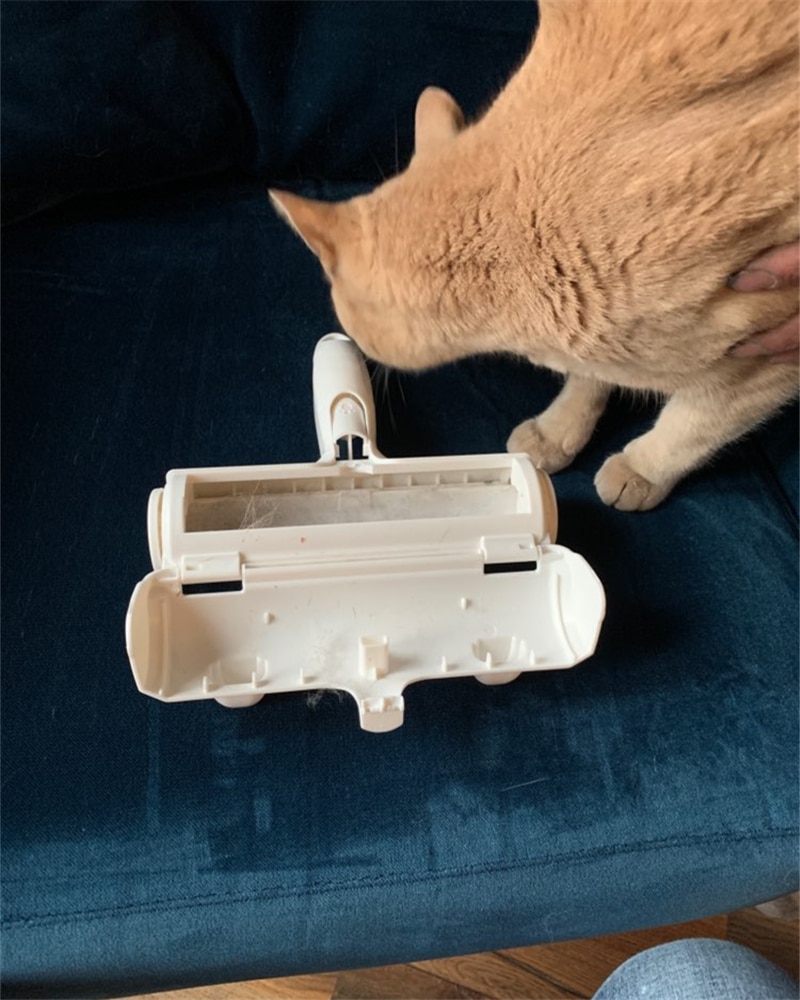 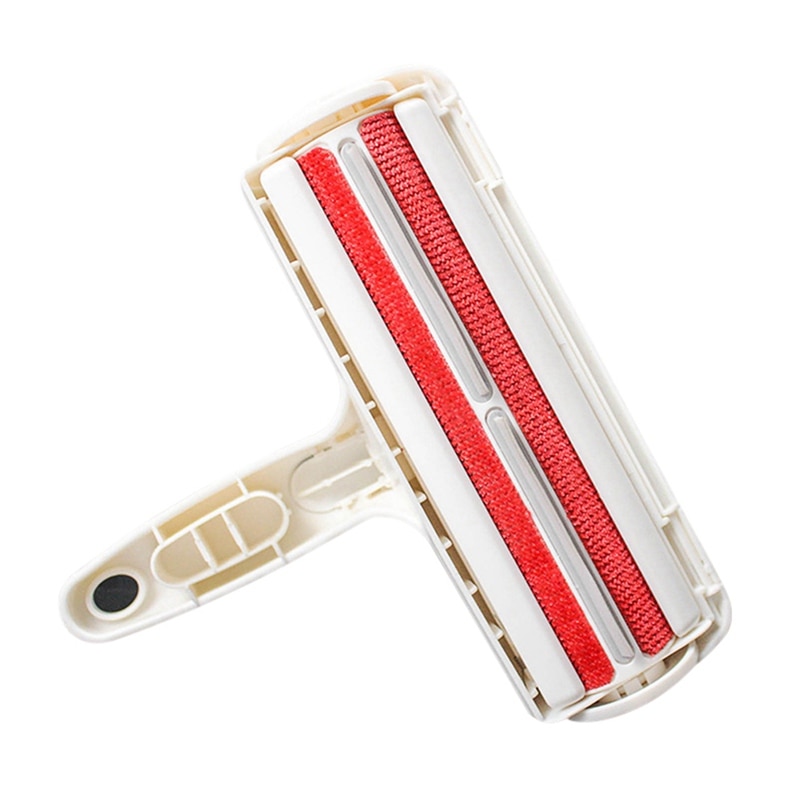 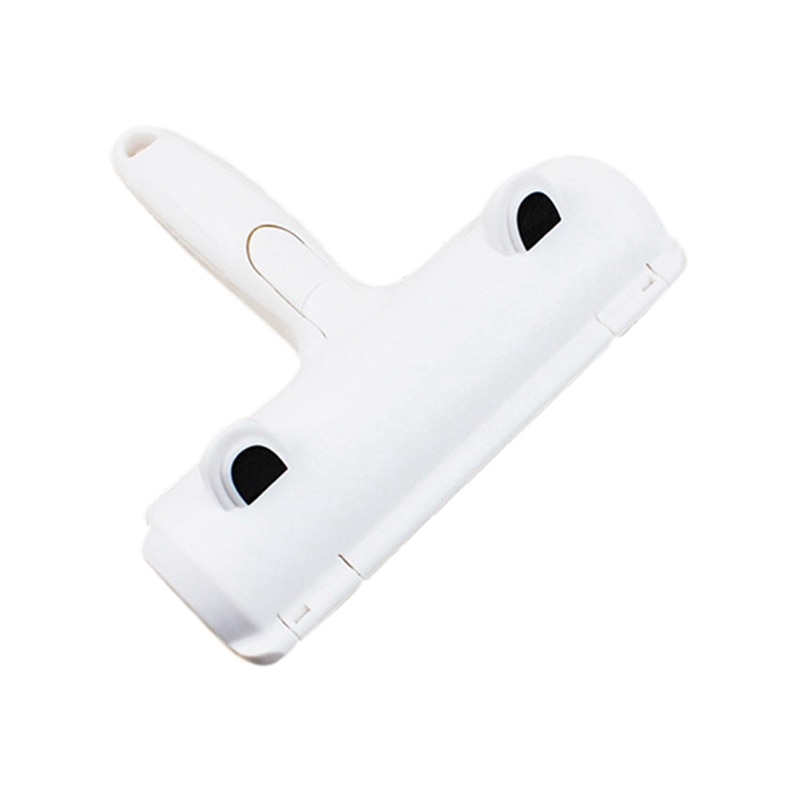 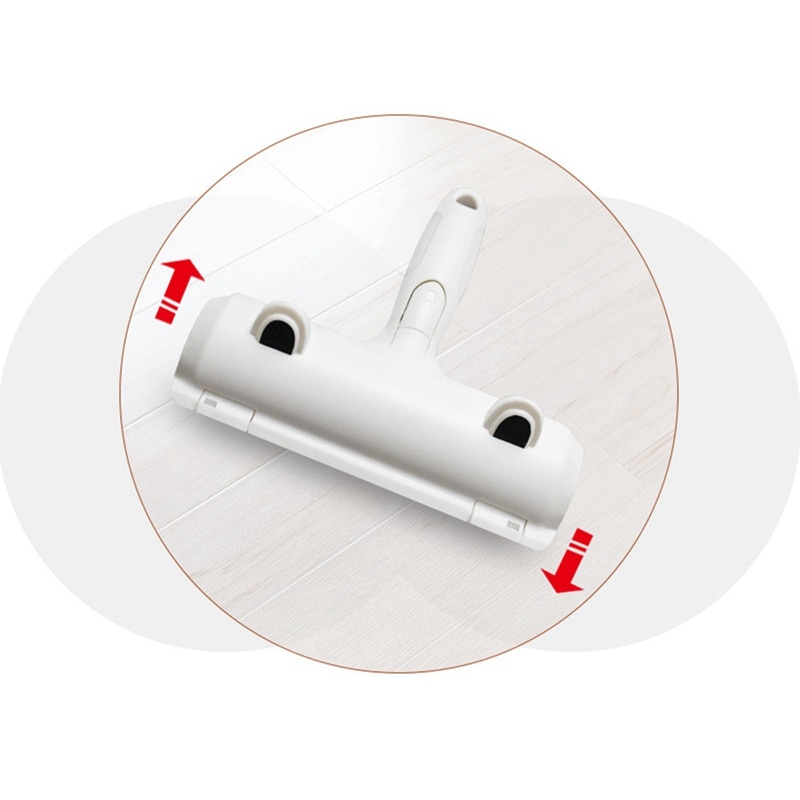 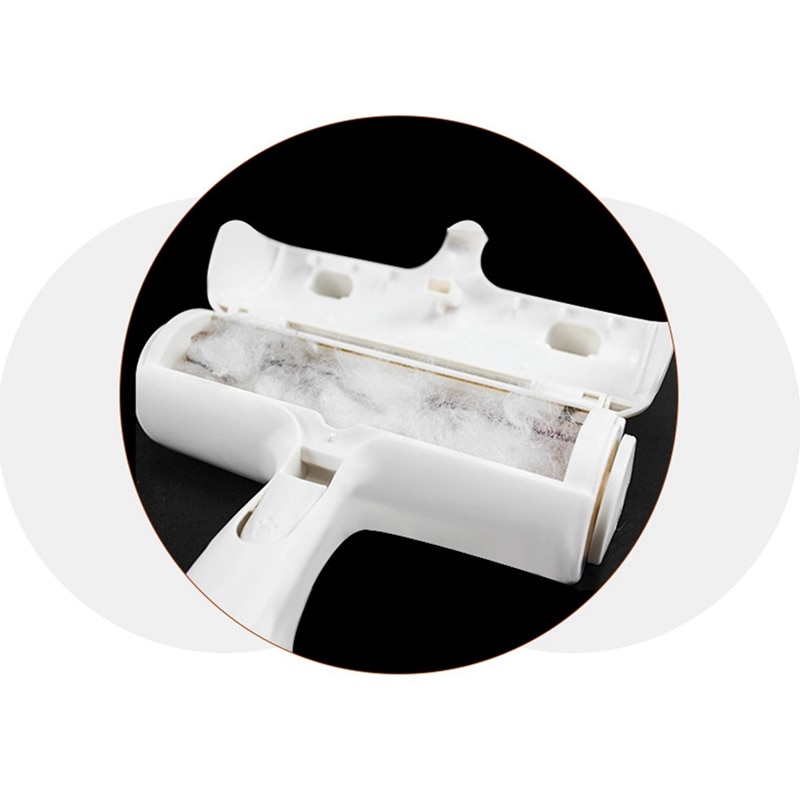 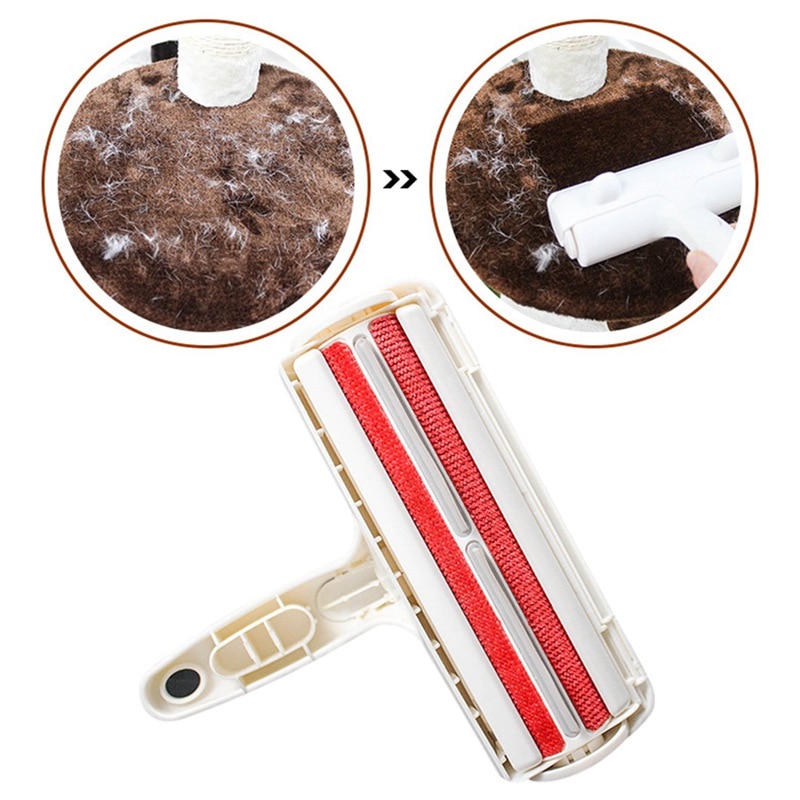 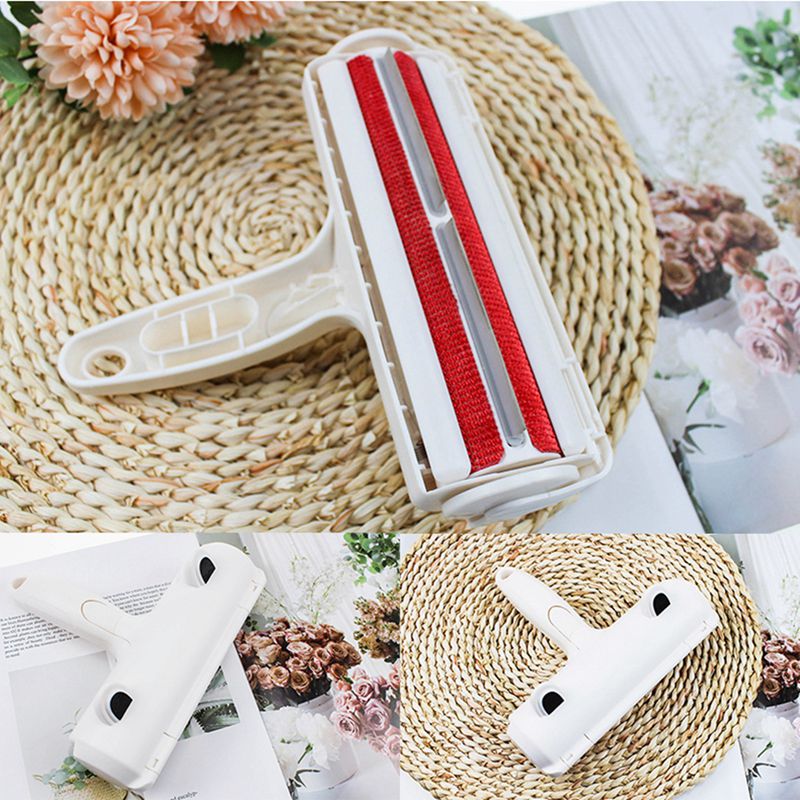 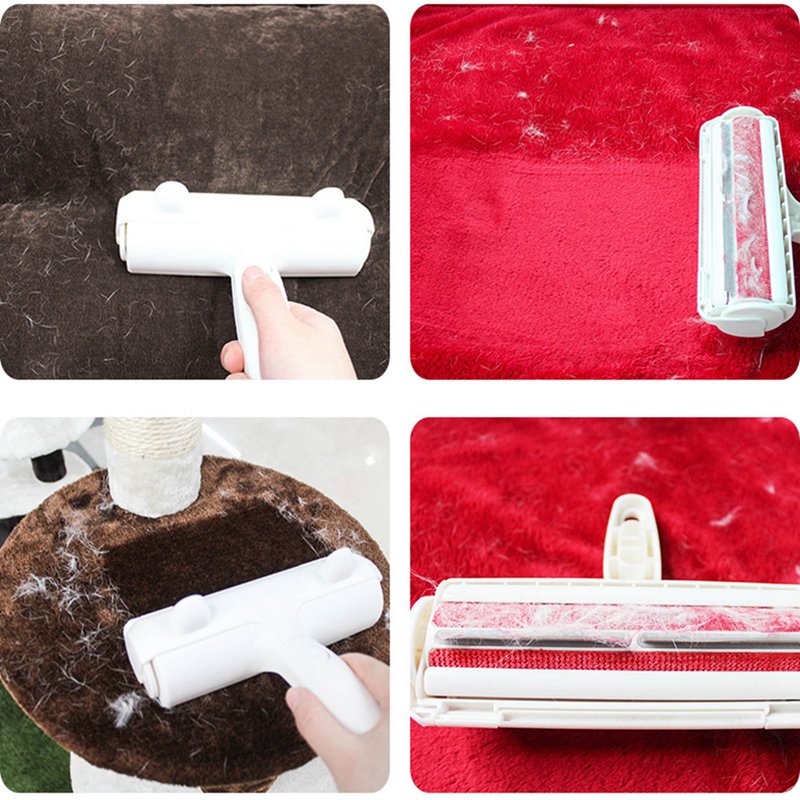 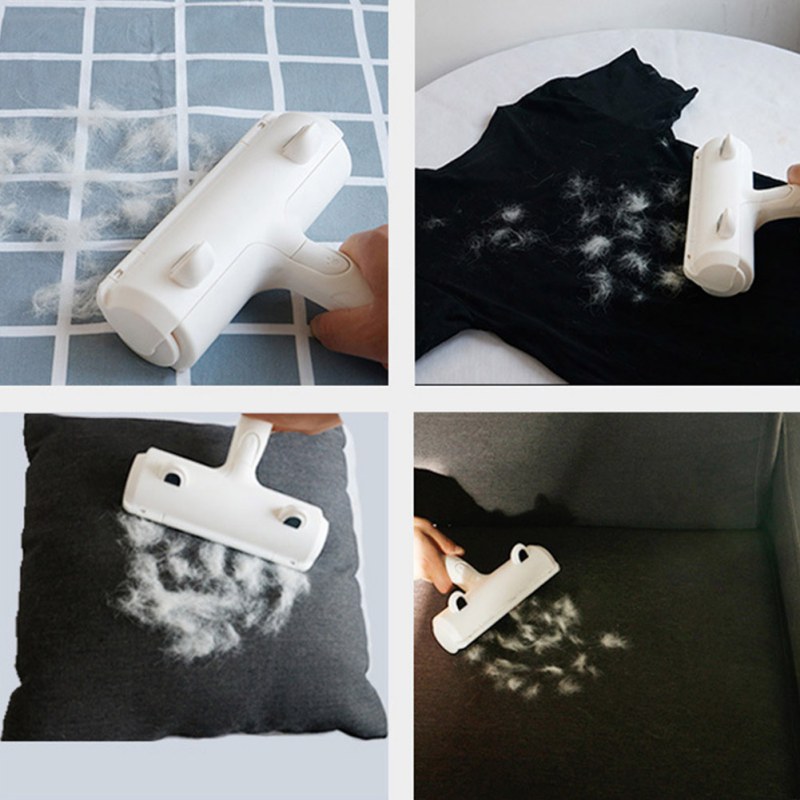 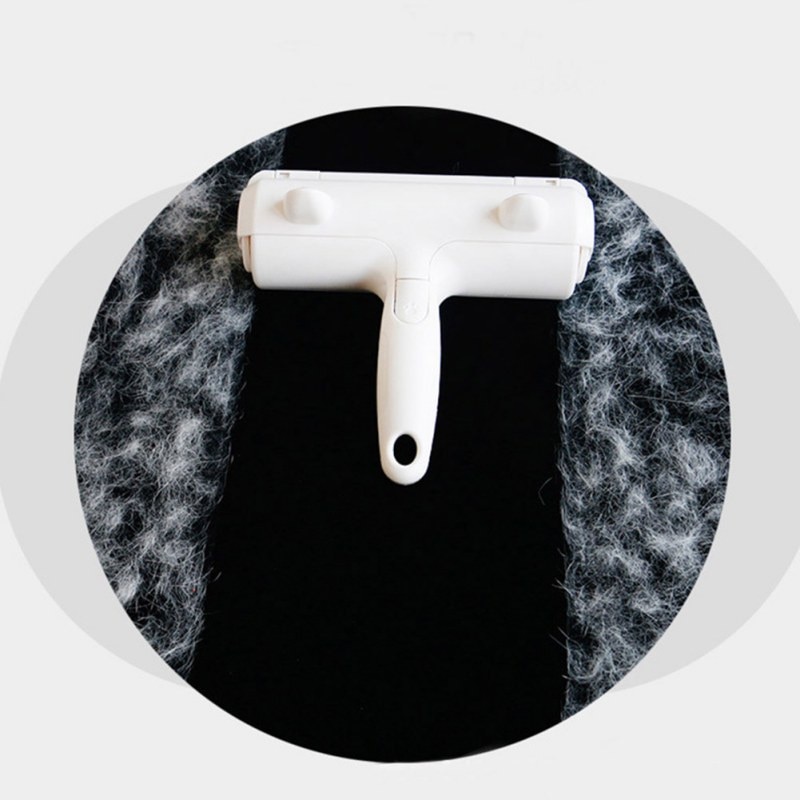 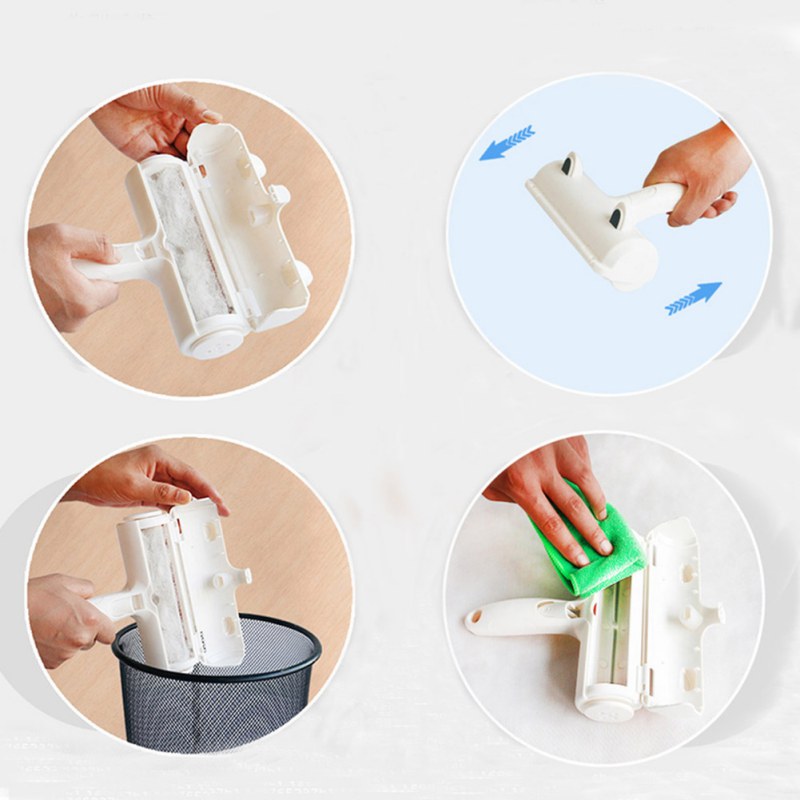 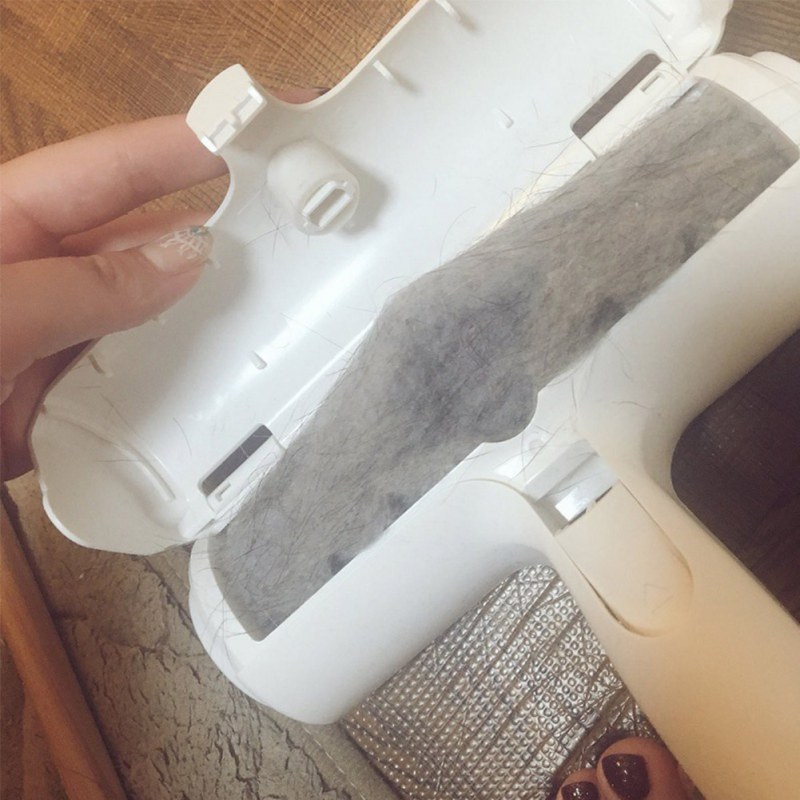 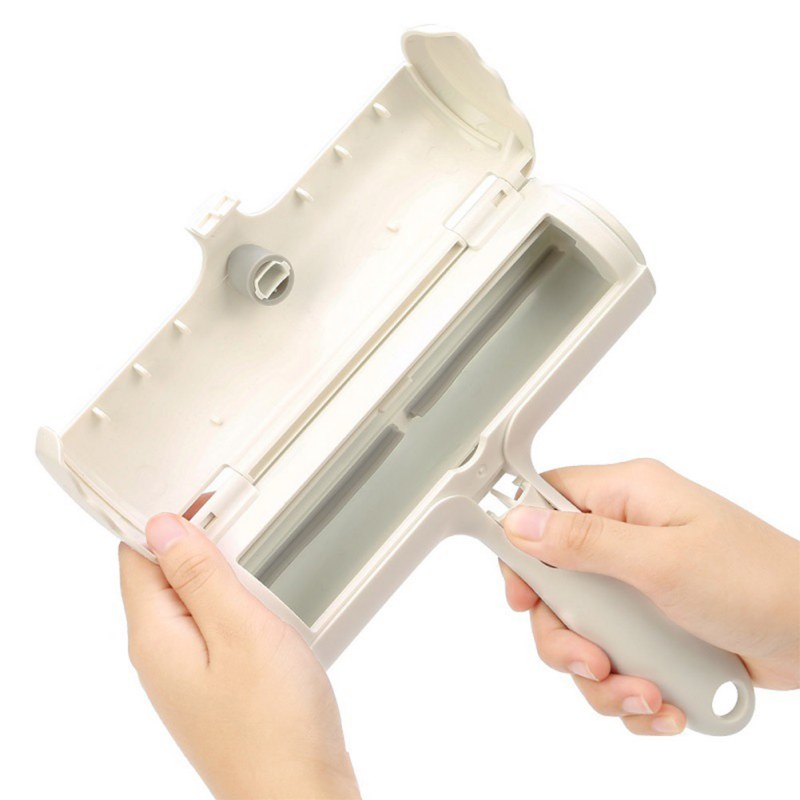 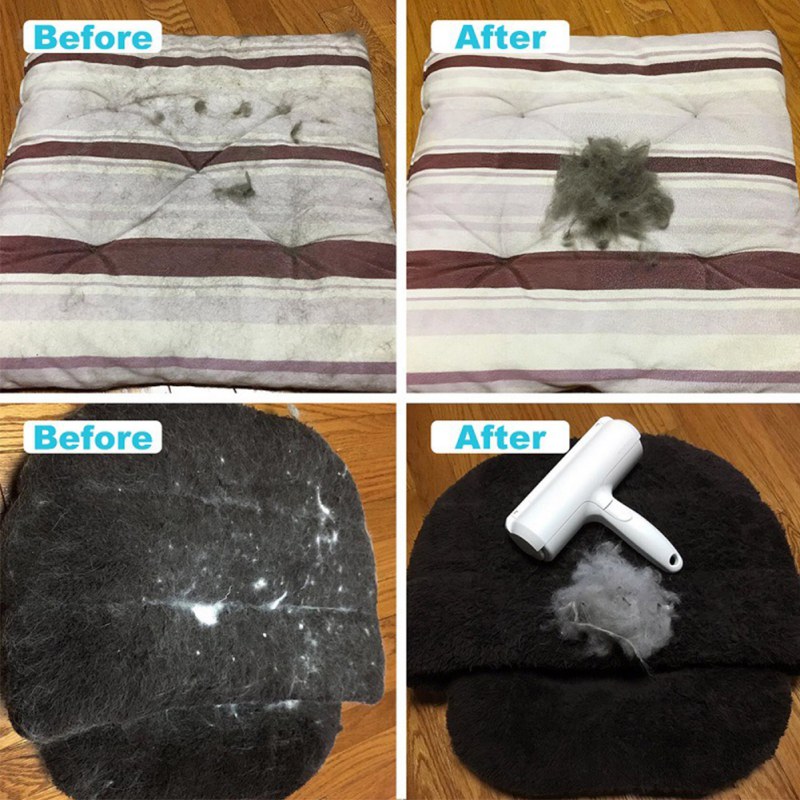 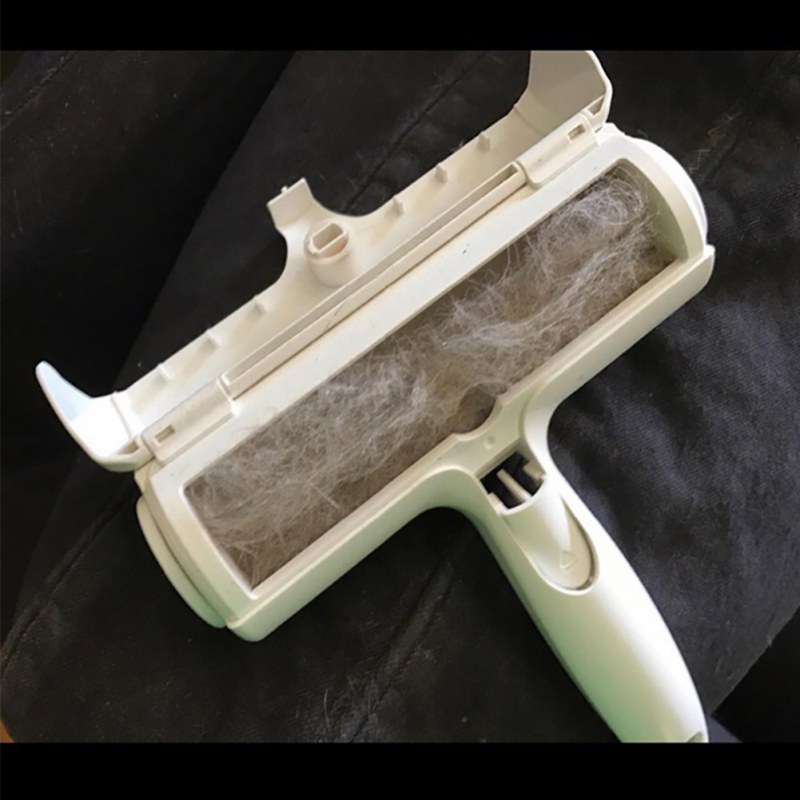 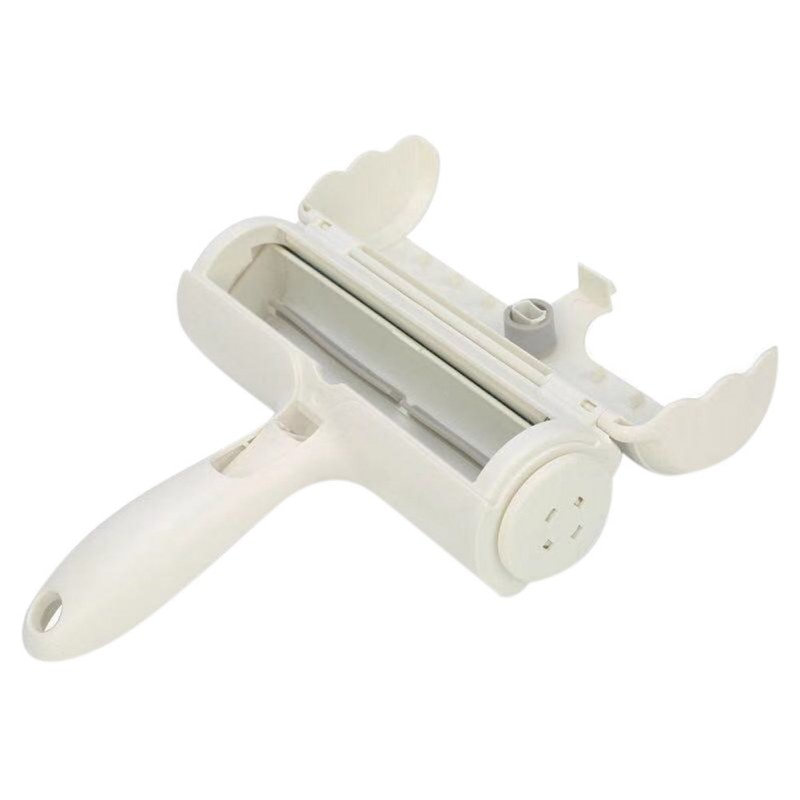 I've had it in my possession for like 2 hours and I've cleaned everything. The couch, the blinds, the cat tree pad, the chair, I'm obsessed. I feel like this thing should win an award for being so awesome. I feel like it should be in raffle baskets and giveaways and silent auctions for every event that highlights "things cat people need."

It's better than those sticky rollers, it's better than the 1 directional velvet wand thing that I always use the wrong way and make a mess, it's the best. I don't have any before pictures because as soon as I started rolling stuff I went crazy.

Where has this been all my crazy cat-loving life? Sticky rollers work fine for clothes but this is the only product that has ever COMPLETELY removed all the cat hair from my bed. I have a long-haired 20-lb. tabby and if you run your hands up his back a few times and fling the hair everywhere, it looks like it's snowing – he never stops shedding no matter what I do. After using this, I can put on a black dress and roll around on my bed and not get a single hair on me. It's absolutely amazing. Everyone is getting one for Christmas, even if they don't have a pet. I don't care, it's THAT good.

This is hands down the best, fastest pet hair removal tool I've ever used. It's quite ingenious actually. The roller is actually more of a rocker, meaning it rocks and pivots back and forth as you "roll" it over things, and by roll it's really more of a scraping action.

As you push and pull, there are two sets of lint roller hairs that grab the fur and deposit it in the chamber (one set grabs the hair as you push, the other set grabs the hair as you pull). I LOVE how I can go over a lot of surface area before having to empty the chamber, like an entire couch, something that would've required three or four tape roller sheets or 10-15 mins of vacuuming. The only negative I suppose is that it does require the thing you're rolling to be somewhat taut. I also wish the handle was a little more comfortable to use (the bottom side of the handle isn't smooth -- it's like a grate.

About 4 years ago, I adopted Daisy, who I was told was a shorthaired mixed Siamese / alley cat. Little did I know that she would be more medium hair and about the sheddiest animal I've ever owned. My wife and I love her, but because most apartment housing doesn't allow animals because of dander, we were getting to the point that we were going to give her away.

I saw a video on YouTube about this roller and I was convinced after seeing a guy remove all of the white pet fur off of a velvet topper. This thing is amazing! It even got hair off of the carpet that our vacuum cleaner couldn't get.

Now, the mechanism isn't really a roller, it's actually one of those lint brushes where the hairs face a certain direction, so you're not actually rolling, but rubbing away the fur. The trap has brushes facing the opposite direction inside that grab the hair and keep it maintained in the trap. It is easy to clean and well worth the money! It is so much more effective than any lint roller I've ever purchased, and I was even able to get her fur off of my jeans. Get this thing! 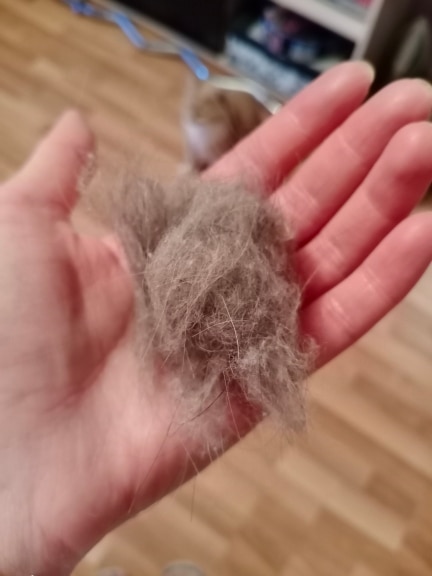 L
L.B.
Believe the people who say believe the hype!

I have a Long hair German Shepherd aka "German Shedder" and 2 cats so I live with animal fur, nothing I can do about it, or so i THOUGHT. This thing is by far the best way to get rid of animal fur in my opinion.This thing is god like, it makes fabric look so fresh, works perfectly on my suede couches and leaves that "soft suede" look on them. It does what it's supposed to do perfectly, and it captures all the hair in an easy to clean bin.

Works excellent on items like furniture and upholstery/car interior. Items like clothing or curtains need to be held down because of the rolling+back and forth motion. I think it would make an AMAZING gift to anyone with Pets